Dark Souls 2 is not an easy game. Not at all. For an inexperienced newbie playing the series for the first time ever, the game might seem like an almost impossible challenge that only a masochist could enjoy, don’t worry though it’s not all doom and gloom. Here’s a few tips to help make the tough as nails game just that little bit easier.

1. Change Your Attitude – Keep Calm And Carry On! “Peace comes from within, do not seek it without” Who knew a Buddhist quote could relate to Dark Souls 2? Yes, peace and tranquillity comes from within and its certainly a trait you’re going to need when faced against cheap deaths and disgusting monsters in this game.  Whenever you die in this game, the number 1 rule is to not get mad. In every single Souls game, death serves as a tool; it is a method to teach you where you went wrong and how you could improve the next time around. Most players learn through death and will tend not to make the same mistake again if they can help it. If you’re getting frustrated and angry at Dark Souls 2, you’re not playing it right. Change your attitude with the game and tackle it with the mindset that you know you’re going to perish at any second. “Prepare To Die” is not just a fancy tagline, it’s the mantra of the entire Souls series.

2. Join A Covenant And Place Summoning Signs – Praise The Sun!

Covenants are the bread and butter of Dark Souls 2. By placing down a sign before a boss’s fog gate and being summoned to another player’s world, you’re essentially given a free life to see how you should tackle this boss. You get to experience how the boss behaves, their possible weakness and strength and if you’re working with another player with a different character classes (spell casters/miracle casters/melee), you can see which is the more effective method. Your sword swings might not be doing a lot of damage but a devastating soul arrow from a fellow player might just be the ticket to success.

Unless you’ve created a character that is heavily invested in melee, sorcery, pyromancy and miracle casting (which is incredibly difficult to do), you wouldn’t get to witness this level of experimentation, so being summoned is a good tactic for preparing for a boss. If you die in a boss battle as a phantom in another player’s world, it’s no sweat. You simply return to your world where you left that previous sign (right before that fog gate) and are free to place another summoning sign. It might feel cheap but hey, you get to help out another player and it’s a great learning experience. 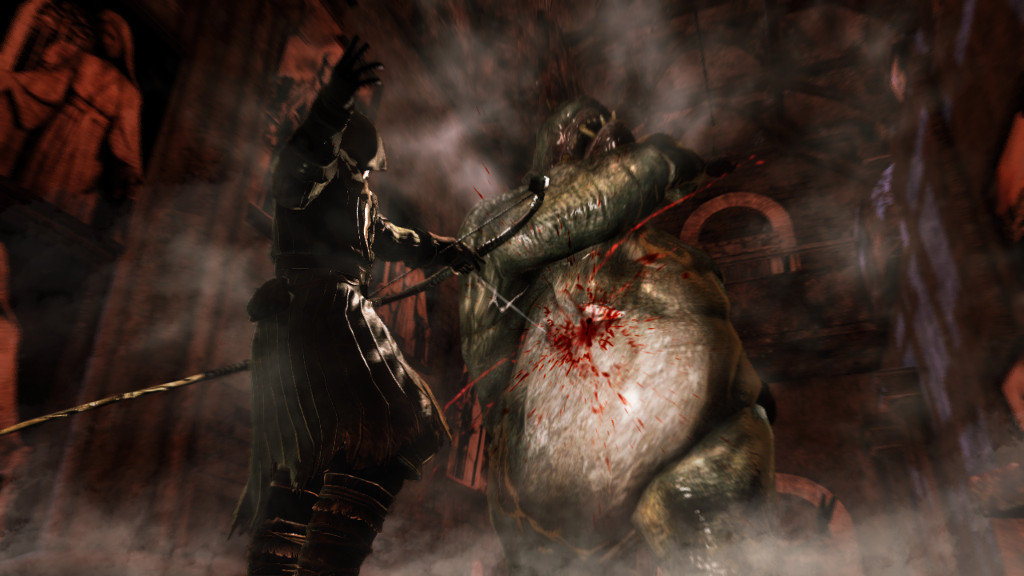 Buying a decent bow and a few hundred arrows in Dark Souls 2 is probably one of the best tips I can give to any player. There’s a lot of moments in the game where enemies ambush you and form an undead gang that will seriously mess your day up. You might know the move set of an enemy off by heart but if you throw in three or four of the same enemies attacking at alternating times, your opportunity for attacking is severely reduced.

That’s where the bow comes in. Using a bow allows you to bait an enemy into breaking the formation and approaching you so you can successfully isolate them from the larger group, which makes the situation a lot easier to tackle. Shoot an enemy with an arrow, make him turn aggressive, defeat him, rinse and repeat. Using the bow also comes in handy when you encounter areas where mobility is reduced and there are a lot of spellcasters. The bow is a lot more useful in this game than ever before, so it’s wise to keep topping up your arrows and dexterity skill.

Unless your playstyle is a slow-moving tank, you need to really keep an eye on your equipment load. If you’re under 70%, you have a “fast roll” which is the normal quick and nimble roll animation but if you go over 70%, you start to “fat roll” which means that once you push the roll button, your character rolls forward in a less fluid motion. This can be quite a hindrance if you’re not experienced with it. I’m not necessarily saying that “fat rolling” is not a viable option but it can take quite a bit of time to get used to and more often than not, fast rolling away from attacks can save your life more times than having heavier, better equipment especially in the earlier areas.

How you equip can also affect your stamina regeneration. According to the Wiki Game Guides video above, at 132 Stamina, it took 2.3 seconds to regenerate at 0% equipment load (fast roll) while it took 4 seconds to regenerate at 85% equip load (fat roll). At over 100% equipment load, your character may no longer be able to run and will have to walk. So, there’s a strong case for picking a fast roll over a fat roll but the main thing is to never try to go over 100% unless that is the game style you’re aiming for.

5. Explore Everywhere, Talk To Everyone, Read Everything 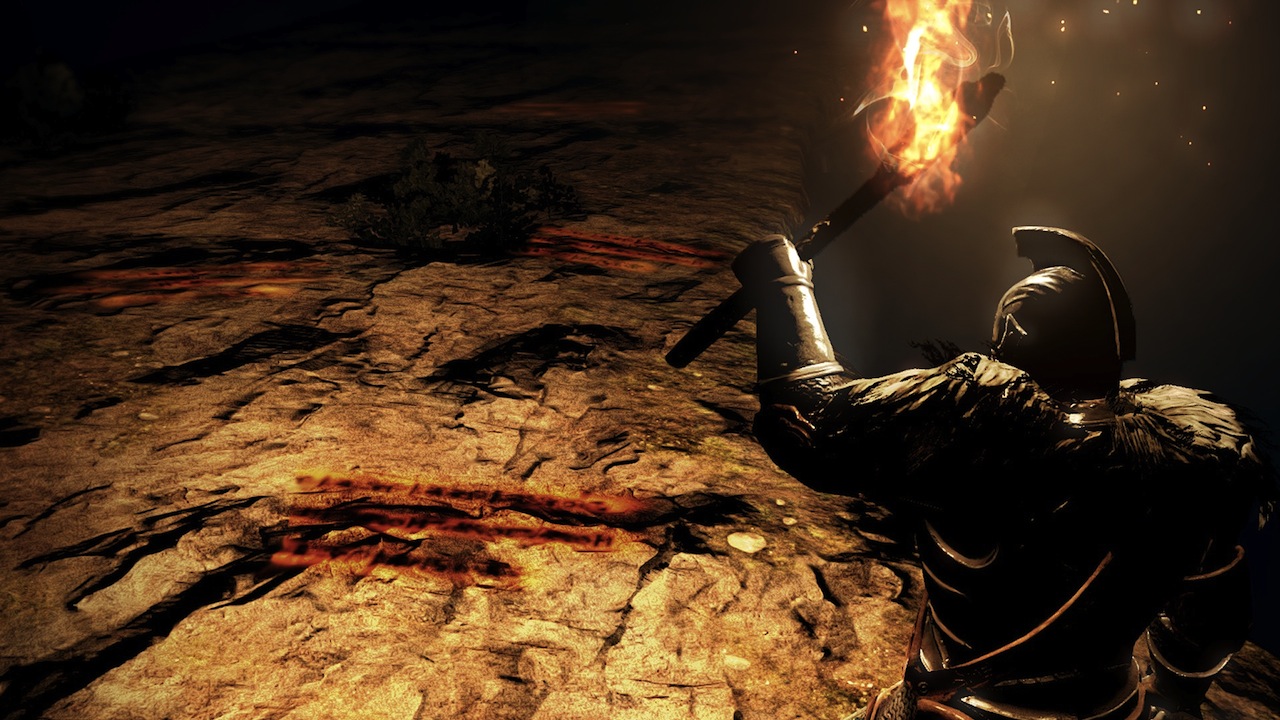 A good tip for any game is to leave absolutely no stone unturned and with Dark Souls 2, it’s no difference. You really do need to take your time exploring every nook and cranny, making risky jumps and taking every path possible. You will usually end up with a powerful item or piece of equipment when you deviate off the path, so exploration is highly encouraged. Do not simply run from Boss A to Boss B but take your time and soak in the game’s atmosphere. It won’t just help you enjoy the game more but you’ll have better items as a result.

With the characters in the game, you get the option to talk to them. By doing so, not only do you learn more about the world around and its lore but they will often reveal useful bit of information as well as progressing their own personal story arcs which in turn, could lead to more gifts from them. You need to talk to every character and “exhaust” their dialogue until they start to repeat what they say and as a result, you’ll usually receive a trinket, key or useful object. So make sure you talk to everyone!

Reading everything is a double edged sword. The messages that are left on the ground can be a glorious tidbit of useful information or a devastating troll attempt that will leave you furious. Either way, make sure you read every message you see. Most of them are actually incredibly insightful and I have to commend the community for helping me on my adventures with those orange messages that are littered everywhere. I’ve found hidden bonfires, secret rooms and more  all thanks to them so reading them certainly pays off nine times out of ten.

So there you have it. Hopefully you can benefit from these tips but if you feel like I left one out, be sure to leave it in the comments below. If you didn’t get the chance to, you can check out my Dark Souls 2 review here. Stay tuned for more tips, tricks and guides.

What We Hope to See in Mafia III